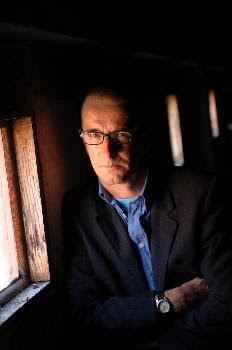 The extensive national search was only the third search of its kind in almost 50 year of history at Actors Theatre. Waters joins a prestigious lineage of leaders who have led Actors Theatre of Louisville from its humble beginnings to a nationally recognized regional theatre and a major force in American playwriting.

Waters has more than 30 years of experience in theatre and has forged a formidable career as a director. A strong proponent of contemporary work and adaptations of classic material, Waters has an impressive track record of collaborating with some of theatre’s most prominent playwrights, including Caryl Churchill, Charles Mee and Sarah Ruhl, and he has been a champion of important new voices such as Will Eno, Jordan Harrison and Anne Washburn.

“Following an extensive national search and an impressive slate of candidates, we are thrilled to announce the appointment of Les Waters to Artistic Director,”said Actors Theatre Search Committee Chairman Todd Lowe. “Les Waters brings with him an outstanding artistic track record and a devotion to both contemporary work and the re-envisioning of classic texts. He has demonstrated a real passion for the commissioning and production of work by important new voices and shares Actors Theatre’s commitment to supporting the innovation and imagination of the American playwright. I believe he will be the perfect partner with Managing Director Jennifer Bielstein to lead Actors Theatre into its next phase of organizational and artistic excellence.”

Ted Nixon, President of Actors Theatre Board, said, "Les Waters will inherit almost half a century of incredible artistic accomplishments and institutional growth at Actors Theatre.His appointment will ensure that Actors Theatre continues to fulfill its commitment to support theatre artists, promote new work and present quality artistic experiences for the citizens of Kentucky and beyond.”

“Les Waters will be an incredible asset to both Actors Theatre and this community,” said Jennifer Bielstein, Managing Director, Actors Theatre of Louisville. “In addition to an impressive list of artistic accomplishments, he is a proven mentor and advisor to emerging theatre artists, playwrights and directors. Actors Theatre is an artistic home to a wide array of artists and as an institution values and supports the careers of many young theatre professionals through our prestigious Apprentice/Intern Company. I believe he will bring a new passion and energy to our season programming and is the perfect person to champion Actors Theatre within the region and nationally. Les will bring exceptional qualities to this leadership role and I very much look forward to partnering with him as Actors Theatre continues to make a significant impact on American theatre in years to come.”

Les Waters said, “It is an honor and a privilege to take up the reins at Actors Theatre of Louisville, an organization I’ve long admired. I’ve had the opportunity to direct twice at Actors Theatre, and I was deeply impressed with the theatre, its staff and the community at large. I am excited to begin working with the board of trustees, staff, volunteer core and Actors Theatre’s extended family of theatre artists. I am committed to making theatre here that is passionate and intelligent, funny and heartfelt and to leading Actors Theatre to new artistic endeavors. I look forward to being a part of this community, to making a new home in Louisville, and to continuing Actors Theatre’s incredible legacy of local and national acclaim.”

Throughout Waters’ eight year tenure at Berkeley Repertory Theatre, his shows garnered great critical acclaim, routinely ranking among the year’s best by critics in The New Yorker, New York Times, Time Out New York, Time Magazine, and USA Today. In 2009, he made his Broadway debut with renowned playwright Sarah Ruhl’s In the Next Room (or the vibrator play), which premiered at Berkeley. His other productions at Berkeley Repertory Theater include the world premieres of Concerning Strange Devices from the Distant West, Fêtes de la Nuit, Finn in the Underworld, Girlfriend, and To the Lighthouse; the American premiere of TRAGEDY: a tragedy; the West Coast premieres of Sarah Ruhl’s Eurydice and Three Sisters; and extended runs of The Glass Menagerie, The Lieutenant of Inishmore, The Pillowman, and Yellowman. Waters has numerous credits in New York, his native England, and at theatres across America. He led the MFA directing program at UC San Diego where he continues to teach. Waters is an associate artist of The Civilians.

They were assisted by Greg Kandel, Partner in Management Consultants for the Arts, one of the premier executive search firms in the theatre field.

Waters replaces Marc Masterson who stepped down in May 2011 after eleven years to take the position of Artistic Director at South Coast Repertory Theatre in Costa Mesa, California.

About Actors Theatre of Louisville

Now in its 48th season, Actors Theatre of Louisville, the State Theatre of Kentucky, has emerged as one of America's most consistently innovative professional theatre companies. For more than 30 years, it has been a major force in revitalizing American playwriting. Its annual Humana Festival of New American Plays is recognized as the premier event of its kind and draws producers, journalists, critics, playwrights and theatre lovers from around the world for a marathon of new works. More than 350 plays from Actors Theatre have been published, making them available to producers and readers, and creating a significant addition to the nation’s dramatic literature. Actors Theatre’s programming includes a broad range of classical and contemporary work, presenting more than 500 performances each season. The company performs annually to nearly 200,000 people and is the recipient of the most prestigious awards bestowed on a regional theatre: a special Tony Award for Distinguished Achievement, the James N. Vaughan Memorial Award for Exceptional Achievement and Contribution to the Development of Professional Theatre, and the Margo Jones Award for the Encouragement of New Plays. Actors Theatre's international appearances include performances in 29 cities in 15 foreign countries. Currently, there are 40 books of plays and criticism from Actors Theatre in publication and circulation.
Posted by Evans Donnell at 10:39 AM