From a press release:

Company received a $350,000 award after satisfying the conditions set forth by the Kresge Foundation

NASHVILLE, Tenn. (December 20, 2011) - Nashville Opera announced the company had satisfied all of the conditions established by the Kresge Foundation in their 2008 Challenge Grant and were awarded $350,000 this past week. Kresge offered to provide the grant if Nashville Opera was able to raise a total of $11 million for its Raise Your Glasses capital campaign by September 30, 2011. Established in 2007, the Raise Your Glasses Campaign was created to underwrite two key initiatives: construction of the new Noah Liff Opera Center in Sylvan Heights and the establishment of the Fund for Artistic Excellence. Reaching the funding benchmark established by the Kresge Foundation, combined with receiving the award, will allow Nashville Opera to retire the remaining debt on the construction of the Noah Liff Opera Center by January 31, 2012.

“Nashville Opera is grateful for the outpouring of support from the corporate sector, philanthropists and community leaders, and our Board of Directors,” said Carol Penterman, Nashville Opera CEO. “Satisfying the rigorous conditions set forth by the Kresge Foundation in their $350,000 Challenge Grant allows the Noah Liff Opera Center to not only become a self-sustaining asset, but will also provide the company with greater financial security.”

“The recent economic downturn has proven to be particularly difficult for arts organizations across the nation,” says Andy Valentine, Chairman of the Nashville Opera Board of Directors. “Indeed, several renowned and well-established companies have been forced to drastically reduce their seasons, or in some cases, cease operations. It is particularly gratifying that Nashville Opera was able meet the strict Kresge Challenge Grant criteria with such broad support throughout the entire community in spite of the devastating floods and the current economic downswing. I am proud of the efforts of my fellow board members and the staff of Nashville Opera in meeting this important goal.”

The 26,000 square foot Noah Liff Opera Center opened in 2008 to serve as Nashville Opera’s executive offices and rehearsal facility. Designed by architect Earl Swensson and his company, ESa, the Urban Land Institute presented its 2009 Excellence in Development Award to the Center citing the building’s innovative design, harmony with the existing neighborhood, and its role as a catalyst for conscientious re-development within the surrounding community. Nashville Opera has utilized the capabilities of the building to capture additional revenues through rentals for private parties and corporate meetings. The Noah Liff Opera Center became a profit center for the organization within the first two years of operation.

The Kresge Foundation is a $3.5 billion private foundation that supports communities in the United States and around the world by strengthening the nonprofit organizations that serve them. Nashville Opera had to demonstrate sound financial management, community enrichment, and a commitment to creating the highest quality productions to even be considered for the grant.

The foundation was established by Sebastian Spering Kresge in 1924 “for the promotion of human progress.” With an initial gift of $1.6 million, he launched what would become one of the nation’s largest philanthropic organizations. Over the years, the Kresge Foundation has helped build the nation’s nonprofit infrastructure – libraries, community centers, schools, hospitals, art museums, food banks and countless other facilities.

Nashville Opera, Tennessee’s largest professional opera company, is dedicated to creating legendary productions and programs. Among the most successful regional companies in the nation, Nashville Opera has presented three different world premiere operas since its inception in 1981. Main stage performances are presented at the Tennessee Performing Arts Center, and play to over 17,000 people annually. Nashville Opera’s extensive education and outreach touring program reaches an additional 25,000 students in 18 counties in Middle Tennessee.
Posted by Evans Donnell at 3:36 PM No comments: 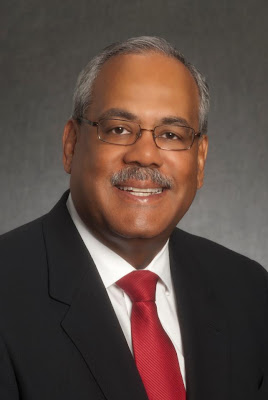 From a press release issued by the candidate:

Gentry also announced that his campaign has raised more than $50,000 so far.

“It’s an honor to serve the citizens of Davidson County and our criminal court system,” Gentry said. “I ask voters for the privilege of allowing me to continue that service working alongside office staff, attorneys and judges.

“I greatly appreciate the support of those who’ve already contributed to my campaign, and humbly ask for others to join us as we work to make the Davidson County Criminal Court Clerk’s office everything it can and should be.”

“Howard’s record of public service and his personal integrity give Davidson County a Criminal Court Clerk we can all believe in,” Roberts said. “I think the strong support he’s already receiving indicates that many fellow Nashvillians also believe he’s the right man for the job.”

Gentry, 59, took office Aug. 30 after the Nashville-Davidson County Metropolitan Council selected him on the first ballot from a five-person slate. He was an at-large member of the council from 1999-2002 and Vice Mayor of Nashville from 2002-2007.
Posted by Evans Donnell at 8:06 AM No comments: