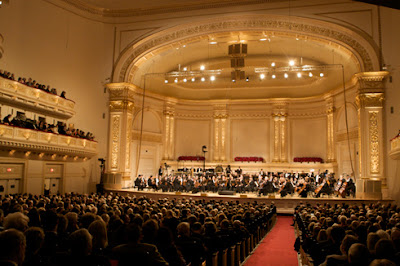 About Spring for Music
Led by Artistic Director Thomas W. Morris, Spring for Music is a concentrated festival of concerts by North American symphony and chamber orchestras presented annually at Carnegie Hall at affordable prices, with an artistic profile built around innovative and creative programs. The festival is designed to allow participating orchestras to showcase their artistic philosophies through distinctive and adventurous programming in one of the world’s most competitive musical environments. Participating orchestras in the 2012 Spring for Music, which runs May 7-12, include Houston Symphony, Edmonton Symphony Orchestra, New Jersey Symphony, Alabama Symphony and Milwaukee Symphony. Nashville Symphony will perform on the closing night of the festival.
Posted by Evans Donnell at 7:56 AM