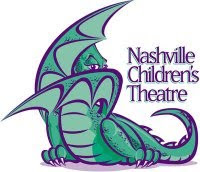 The 80th anniversary season slate for Nashville Children's Theatre is out. Here's the press release:

NASHVILLE, Tenn. – Nashville Children’s Theatre (NCT) is ecstatic to reach 80 years of providing theatre, inspiration and delight to Nashville and Middle Tennessee children and families. In that time, over 2 million children have attended NCT productions, and we celebrate this upcoming monumental milestone as we build up to 3 million.

“The basic, underlying value that NCT brings to every issue and situation is that children are more important,” says Kathryn Colegrove, NCT managing director. “As long as we never lose sight of this, and of course continue to find innovative ways to stretch every dollar into ten...or twenty, NCT will certainly remain a Nashville fixture for another 80 years.”

NCT’s 2011-12 season of shows holds three titles that are new to NCT, and two previously produced classics that will encourage and inspire a new young audience.

New productions include: Junie B. Jones in Jingle Bells, Batman Smells! - one of literature’s favorite precocious girls balances her uncontainable Christmas cheer with a classroom nuisance; The Watsons go to Birmingham – 1963 - based on the book by Christopher Paul Curtis (author of Bud, Not Buddy, one of last season’s hit plays), we travel south with a young family to see the damage of America’s civil rights war first hand; and Click Clack Moo: Cows That Type – the cows think Farmer Brown is giving them the short end of the stick, and they let him know it.

Productions from years past that NCT is proud to remount and make new include Holes - the story of young man who finds himself in a mystery to which he unknowingly holds the key; and La Belle et la Bête - NCT’s adaptation of the original French fairy tale, The Beauty and the Beast takes the audience to a world where true love leads to salvation.

Subscriptions for 2011-12 are currently on sale.

Standard Subscriptions
For patrons who know what they want and when they want it, NCT continues to offer standard subscriptions consisting of three or more shows. New this year, patrons can choose how many tickets they want for each individual show in their subscription, giving families the freedom to customize their ticket needs based on the ages and interests of their children.

Subscriptions can be purchased online at nashvillechildrenstheatre.org or by calling the box office at 615-252-4675.

Flex Pass Subscribers and Standard Subscribers receive great benefits such as:
• Additional tickets at a discounted rate of $12 throughout the 2011-12 season
• Free ticket exchange within the run of a show
• Early-bird registration and a 10% savings on all NCT 2011-12 drama classes and camps

When young Stanley Yelnats is sentenced (despite his innocence) to the wasteland of Camp Green Lake, he and his fellow juvenile detainees are forced to dig holes in the hot desert sun day after day after day. What is the Warden looking for? What has it all to do with Stanley’s “no-good-dirty-rotten-pig-stealing-great-great-grandfather” or with a long-dead outlaw named Kissing Kate Barlow? The wheels of justice grind slowly, but when past and present overlap, the truth will be revealed. Exhilarating adventure, twists and turns, peril and promise -- all this and buried treasure, too, can be found in...Holes.

Junie B. Jones in Jingle Bells, Batman Smells!
Nov 1 – Dec 18, 2011
Age 4 and up
By Allison Gregory
Adapted from the book series by Barbara Park

Junie B. Jones is back at Nashville Children’s Theatre just in time for the holidays! Room One has lots of fun plans to celebrate the season, like Secret Santa, elf costumes and singing joyous songs. However, Junie B.’s nemesis, Tattletale May, is ruining her holiday glee. To make matters worse, Junie B. draws Tattletale May’s name for Secret Santa! Disaster! Except maybe – just maybe – Junie B. Jones will give Tattletale May exactly what she deserves.

The Watsons go to Birmingham - 1963
Jan 17 – Feb 12, 2012
Age 8 and up
Adapted for the stage by Reginald André Jackson from the Newbery Medal-winning first novel
by Christopher Paul Curtis

The Watsons, an African-American family living in Flint, Michigan, are taking a road trip. Fourth grader Kenny’s older brother Byron has been hanging with a tough crowd and getting into trouble, so his parents decide to take him to live for a time with his grandmother down south. Soon, the whole family is crowded into the Brown Bomber, heading back to Alabama – and straight into one of the most shocking moments in American history!

La Belle et la Bête (The Beauty and the Beast)
Feb 28 – March 18, 2012
Age 7 and up
Adapted by Scot Copeland from the fairy tale by Jeanne-Marie Le Prince de Beaumont

NCT’s own stunningly theatrical version of this classic fairy tale set in 18th Century France dances a thin line between dream and reality to tell a timeless story of sacrifice and redemption. Inside an exotic, forbidding palace a mysterious beast awaits, imprisoned by his own selfishness. A ruined merchant plucks a flower from the palace garden, and unwittingly binds his daughter in servitude to the beast. Only her kindness can save him, only her love can redeem him. Join us for this rich, romantic adventure and discover beauty...in the heart of the beast.

Farmer Brown’s cows find an old typewriter in the barn, and next thing you know, clickclack-moo, clickety-clack-moo, Farmer Brown gets a typewritten note: “Dear Farmer Brown, The barn is very cold at night. We’d like some electric blankets. Sincerely, The Cows” When Farmer Brown refuses to comply, he gets another typed note: “Sorry. We’re closed. No milk today.” The cows are on strike, but with the help of a rabble-rousing duck, everything gets back on track...kind of. If you loved NCT’s productions of GO, DOG. GO! and GOODNIGHT MOON, then you’ll love this hilarious musical romp, ripped from the pages of one of America’s most popular picture books.

NCT was founded in 1931 by the Junior League of Nashville and is recognized as the oldest professional children’s theater in the country. A national leader in professional theater arts and education programs for young people, NCT was ranked by TIME magazine as one of the top five children’s theaters in the country.
Posted by Evans Donnell at 6:51 AM